Saint Dimitrie the New (Basarabov) is recognized as the patron saint of Bucharest, Romania. Saint Dimitrie Basarabov lived in the 13th century, during the Romanian-Bulgarian Empire led by brothers Petru and Asan. He was born in the village of Basarabov, located on the banks of the River Lom, a Danube tributary, near the town of Russe. Originally a shepherd, he became a monk, living in a cave near that village and dedicating himself to fasting, prayers and vigils. His special life led God to give him the grace to do miraculous works. The Pious Dimitrie knew the moment of his death beforehand, choosing the place of his final rest between two stones that were gradually covered by the Lom water. The relics of the saint had been submerged until a sick child had the following revelation: The Pious Dimitrie appeared before her in a dream and said: “If your parents take me out of the water, I will heal you!” A ray of light had appeared for quite some time on the site where the relics were found, leading people to believe that treasure was hidden there. Acting on the little girl’s advice, they searched the place and found in the water the mud-laden relics of the Pious Dimitrie, glittering as if they were gold. The miraculously preserved body of Dimitrie was taken to the village of Basarabov. Romanians insisted to have possession of the relics, and between 1769 and 1774, during the war between Russia and the Ottoman Empire, the relics were brought to Romania with the intention of being sent to Russia. 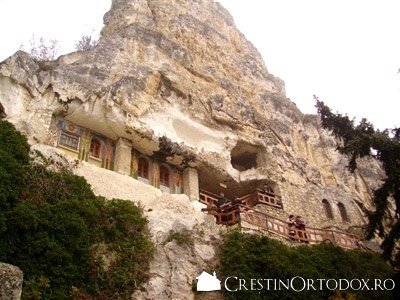 However, a rich merchant of Macedonian-Romanian origin, named Hagi Dimitrie, and the Metropolitan Grigorie of Wallachia, insisted that they should be given to the Romanian people as a gift for the sufferings they endured during the war. The relics were taken with great respect and honor to be kept in what is today the Patriarchal Cathedral in Bucharest. The saint’s right hand was nonetheless sent to Kiev, where it is alleged to be kept to this day. The Holy Synod of the Romanian Orthodox Church, given the special respect accorded to Saint Dimitrie the New, in Bucharest especially, decided in 1950 to extend his veneration nationwide and recognize him as the patron saint of Romania’s capital city.

The membership form is available online